Tuba was always ready to Welcome everyone to our House

Mark and I met Tuba when we went to adopt Zoey shortly after Easter in 2001. Tuba got up on Mark's shoulders and gave him a big kiss on the ear... and then took me across the yard with the grace one could only dream to feel at the end of a leash. Tuba was the first half baked bloodhound we had met in the flesh and the bloodhound who did air scent trailing. We got the privilege of seeing and holding Tuba again during the 2001 North Central Specialty and he came to live with us after the 2001 National.

We had lost Henry our bloodhound on Good Friday -- April 13, 2001 and having lost Zoey on Friday the 13th less than a month ago is causing us to struggle this evening. Tuba retired from the show ring as Veterans Grand Sweeps winner and received a Judge's Award of Merit at the 2004 North Central Specialty in Dekalb, Illinois. OK, he was the only senior boy there with only one other senior girl... but, he took the Award of Merit against stiff competition.

Tuba started failing shortly after the loss of Zoey and this past week he was failing ever so quickly. One has to understand Tuba was still a freight train up to a month ago. He was into his second puppyhood... with all this zest for life. Tuba's internal clock always knew when it was 8:00 p.m. every evening and it was "PIG EAR TIME", but until tonight. He always knew when it was cuddle time and laying on our lap and when it was his time for his daily massage. He always knew Sunday morning was "scrambled egg morning"... He always knew every holiday/birthday he would get his home made garlic mash potatoes and anytime he was not feeling good.

Tuba was a very healthy boy... I can count on one hand the number of times he was ever sick. The first time was after Zoey and him had walked thru a freshly sprayed lawn that was not marked. The second time was after he was bitten by a brown recluse spider in August of 2003. He was one very sick boy... and we attempted the old stand by of chicken noodle soup and white rice... he was laying down in front of his bowl and gave us the most disgusting look possible -- then took his big old paw and sent his bowl with the Campbell Soup and rice FLYING.... After many attempts and sending his bowl flying without eating, we did the boiled hamburger and home made mash potatoes... we found the magic key. This past week we celebrated his 12 3/4th birthday.

Zoey took part of our heart leaving us a footprint a month ago and tonight Tuba took the rest of our heart leaving us with a foot print to our soul. These two are together again.... and may they be checking out all the new smells, be RVing with their own big queen bed with sides. The first night Tuba had been with us, there was this crash, bang and THUD... Mark races in from the middle of his shower to help me lift the bed off of him. Tuba needed to be in the middle or walls on three sides or his wrinkles would go over the side and down he would go... May these two be the ambassadors at the Bridge until we meet again. Thank you to Camille in trusting us with these two very special kids. 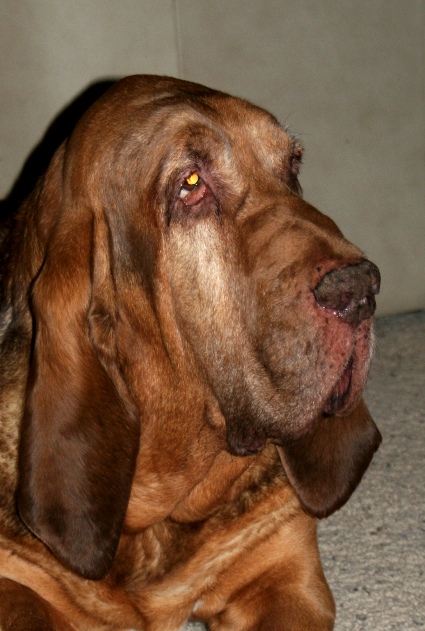 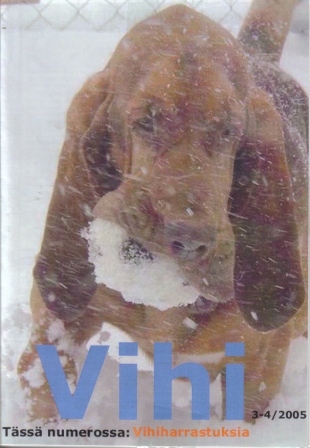